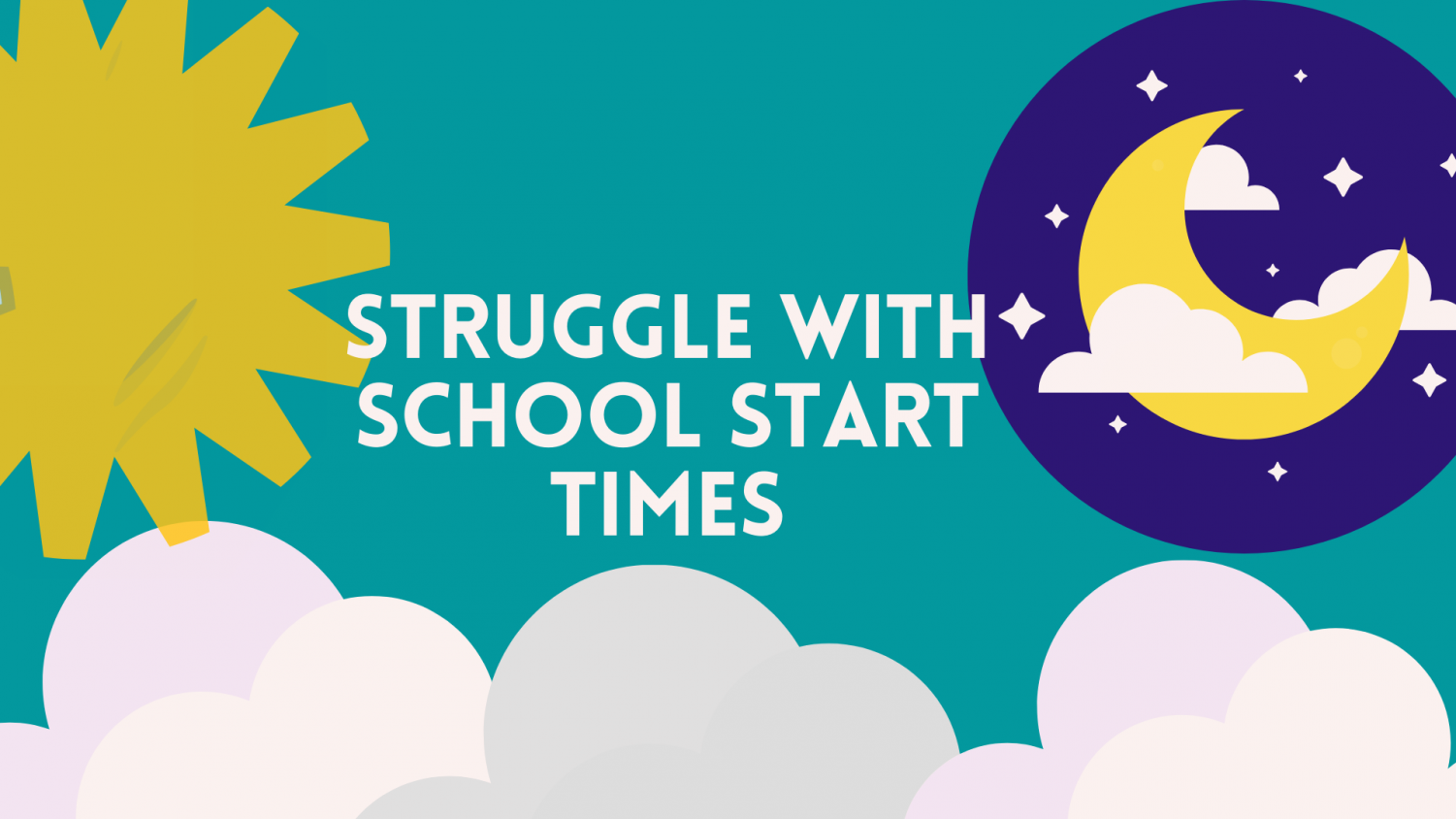 The Struggle with School Start Times

Sophomore Julietta Montes discusses the benefits sleep has for teenagers.

Waking up early for school is never easy for teenagers. Over the years schools have gotten more and more demanding about school hours. Some students agree with starting school early in the morning but most students disagree.

Getting to school on time in the early morning is the last thing a sleepy teenager thinks about.

Starting school early can bring in a lot of issues and consequences. Students can encounter lack of attention in class and an effect on their academic performance. As young adults, we are used to sleeping till late because we love our sleep. Waking up early for school five times a week is exhausting and it doesn’t ever seem to get better. Many kids get to school and are still in a sleeping mind set which causes them to fall asleep and start off their day on the wrong foot.

According to Tracy Costigan from Tracy Orleans, “Many studies show that later school starts are associated with better grades, higher test scores, and improved focus and self regulation among middle and high school students.” Researchers say that improving school hours and changing them to later times can help students with their stress and anxiety. Allowing more time to sleep and start the morning refreshed and well rested.

Some very important things that schools should consider when changing school hours are that sleep has a huge impact on adolescent health. I believe that later school times lead to academic success. Not getting enough sleep can affect a person mentaly and physically, for many students it is normal to have different sleeping patterns but it isn’t always good.

A teenager in high school should be getting 8-10 hours of sleep but let’s be real, teenagers are lucky if they can get even 6 full hours of sleep.”

On top of this, some schools like to bombard students with homework and studying each day which doesn’t make things any better. The more we sleep the more we rest and gain energy for the next day. Another reason why kids need more sleep is because of their health overall, not sleeping can lead them to having other health problems.

According to a CDC study, “Children and adolescents who do not get enough sleep have a higher risk for many health problems, including obesity, type 2 diabetes, poor mental health, and injuries.”

In Miami, most schools start bright and early but for the purpose of getting out early. The average school in Miami starts at 7:30 or 8 and gets out at 2:30 or 3 making it easier on the kids and for the teachers. Many students might agree that starting later and getting later isn’t so bad. Many schools have to stay late in school because they have no other options, meaning that they might not have transportation or their parents might pick them up later. For teenagers, staying later in school isn’t a problem, waking up earlier really is. Most students have their own type of transportation. Most high school students own a car, because of this changing the time school ends would not affect them severely.

Students should be able to sleep the necessary amount of hours in order to be well rested for school. With the amount of homework and tests they have in the afternoon and starting early in the morning, getting enough sleep is challenging. If schools want to make their school a better environment and help the students as much as possible, some things should get improved like, school starting hours.

Not Enough Hours In The Day

No one enjoys waking up early in the morning, but at the end of the day, it’s the best way to take full advantage of your day. School start times across the country start around 8:00 am. At what time the first bell rings has been a controversial topic for years. I believe the hour school starts should remain the same. Starting early means ending early. Even if it means hating your alarm clock in the morning, getting up an hour or so earlier will benefit the rest of your day.

By beating traffic, one school bus is able to take multiple routes. This means needing less drivers and buses, saving schools an additional amount of much needed money. Avoiding getting caught in traffic also means a shorter ride to and from school. For some high schoolers, time in the afternoon is crucial, wasting time in traffic can really affect someone severely. Many teens are working part time just to help their families make ends meet.

According to Child Trends, “In 2018, 50 percent of all youth, ages 16–24, were employed, either full- or part-time.” Since 2018, numbers in youth employment have only gone up, making it extremely important for students to end school earlier in the day in order to divide their time between work and school.

Between extracurricular activities and homework, kids need more time in the afternoon. Ending school later would take valuable hours off a child’s day.”

Extracurricular activities are just as important as school for kids and young adults. Students need an outlet to relieve their stress and learn to socialize with new people outside of just school.

Students today have just enough time in order to balance their sports and hobbies with homework.

According to a study done in 2007 from The National Center For Education Statistics, “high school students spend around seven hours a week on homework.” This could be draining especially for younger children. Starting school later would mean getting home later. This means students will be more likely to go to bed at a later time.

Many say that starting school earlier in the morning affects students’ amount of sleep but, I disagree, if students end school earlier they are given more time in the afternoon to get their homework done and go to sleep at a reasonable time.