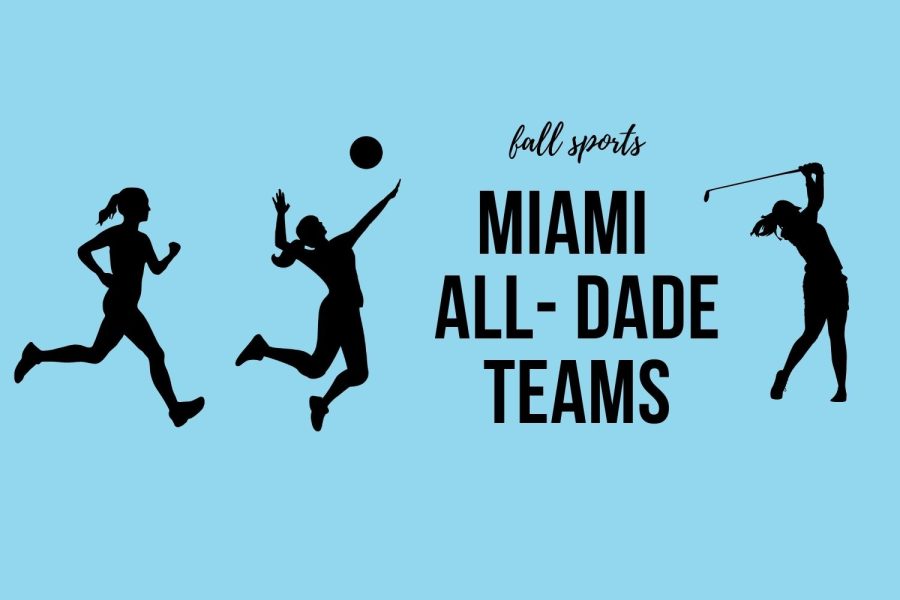 Fall athletes earn a spot on the all-county sports team for recognition of an outstanding season.

The best of the best.

As the fall sports season concludes, athletes of Miami-Dade and Broward County are ranked amongst their school divisions. Individuals are placed into distinct categories, such as first team, second team, third team, and honorable mentions. This year’s Cross Country, Volleyball and Golf teams were honored to be included.

“This was my first year running for the Cross Country Team,” junior Olivia Fraga said. “I was so happy to see that I made it on the Miami-Dade first team.”

As for Volleyball,  senior Anna Rodriguez  made second team as an Outside Hitter (OH), while OH junior Sofia Santamaria made third team. Honorable mentions were awarded to juniors Carmen Rionda and Olivia Marrero and seniors Anna Vento, Catalina Jaramillo, and Isa Balcazar.

“I truly feel like my hard work and dedication paid off when I saw my name on that paper,” Santamaria said.

The annual announcement of these accomplishments was released today, January 25th. The All-County teams kicked off with fall sports season; athletes participating in spring and winter sports compete passionately for the duration of their season and await their placing by county officials at the end of their seasons.