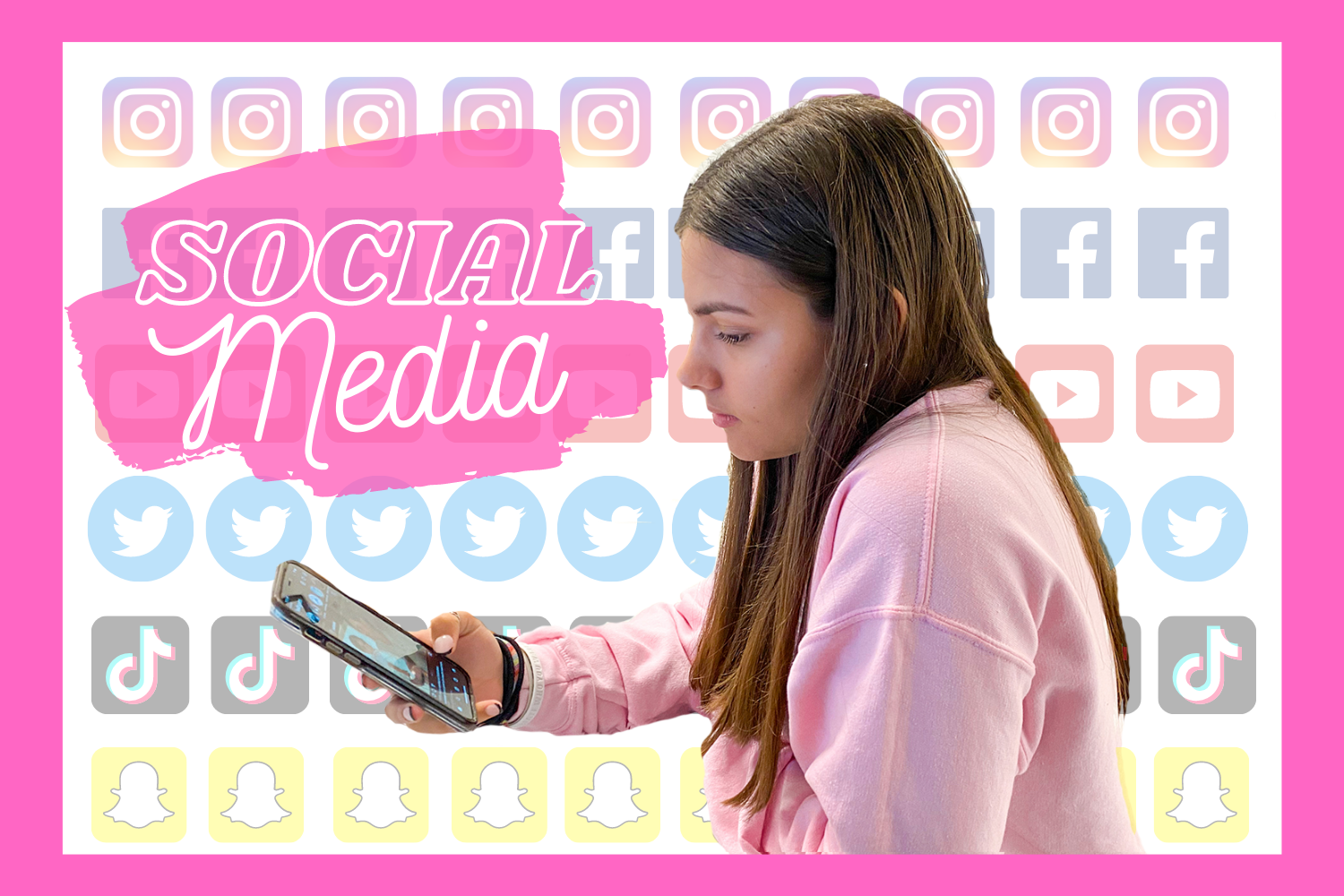 Social Media is a large part of our lives, is that a good thing? (Stephania Lopez)

Social Media is a large part of our lives, is that a good thing?

Is Social Media Good or Bad?

Social Media in a Positive Light

Sophomore Alexa Sabogal argues for the benefits of social media.

What is one thing that is present in our lives every single day? Social media. Can you imagine your life without Snapchat, Instagram, Twitter, or Facebook? Most people can’t.

Nowadays, the topic of social media is very controversial, but still, people continue to use it. Why is this?

According to helpguide.org, social media provides a way for people to stay in touch and communicate with family and friends that live far away. This is evident in most of our lives, because most of us living in Miami have families living in other Hispanic countries, or even in other areas of the United States.

Pew Research mentions that 81% of U.S. teens say that social media makes them more connected to what is going on in their loved ones lives. Being connected to distant relatives can help prevent feelings of loneliness and isolation.

Social media not only helps people stay connected with people they know, but the exact opposite can be beneficial as well. According to internetmatters.org, these platforms give people, especially teens, an open space to reach out to strangers for help. The feelings of not knowing who to talk to and insecurity with telling people you know, in fear of ridicule and judgment, are known by all of us. Through social media, you can reach out to professionals or even every day people that are going through the same thing for help and advice. This way, you never have to meet them face to face, but still have a strong support system.

In addition, social media helps us raise awareness for specific causes that we feel need to be addressed. People often repost posts, articles, or stories to either raise money or simply spread the news of some sort of injustice in the world.

Helpguide.org mentions that social media provides an outlet for creativity and expression of talent. While this is a positive aspect, many are concerned these social media platforms may cause people, especially teens, to become unreasonably insecure or ashamed of themselves because they compare themselves to others.

However, I believe that if parents teach their children about the misconceptions of social media, and make them aware of these deceptions, they will be able to simply enjoy others’ creativity and entertainment.

We can come to the conclusion that social media is a positive part of our lives, as long as we remain aware of the possible negative effects. Social media benefits our society in many positive ways, imagine not being able to talk to your long distance family or have a support system that is necessary at certain times in our lives.

The Tragic Truth Behind Social Media

Throughout the years, social media has become a huge part of our lives and how the world around us works. It has impacted our way of thinking in many ways, however as much as it has helped us develop as a society, it has tremendously affected younger generations and teenagers in a negative way.

Evidence consistently proves the dangerous consequences of social media, specifically on teenage girls. Research shows that body image issues and eating disorders in teen girls are associated with the time they spend on social platforms.

According to the Residential Treatment Center for Teens, 88% of girls agree that the competitive and obsessive comparison of social media is negatively affecting them and feeding their insecurities. Body image disorders are a big problem in our society that has become more evident and common in teen girls through social media. This can eventually lead to depression, social anxiety, and severe eating disorders.

According to the American Addiction Center, an eating disorder treatment in Chicago revealed that 30-50% of its teen patients used social media as a way of encouraging and supporting their eating disorders.

Like many recent studies have proved, social media is doing more harm than good. Research substantiates that social platforms, like TikTok, are causing teen girls to experience tics, similar to Tourette’s syndrome. After an alarming number of girls kept on going to the doctor complaining about uncontrollable tics, doctors from all over the world started comparing notes to try and figure out what this phenomenon was. They realized that the common factor between various of their cases was that most of their patients reported watching TikTok videos of influencers who suffer from Tourrette’s syndrome.

Dr. Carolina Olvera MD, from Rush University Medical Center in Chicago, said that after studying more than 3,000 TikTok videos produced by people who claimed to have Tourrette’s syndrome or TS. She and her colleagues found that 19 of the 28 most relevant influencers with TS reported developing new tics as a consequence of watching other creator’s videos.

Due to multiple studies, social media has been linked to depression and anxiety in young teens. According to The Child Mind Institute, one specific study showed that teenage users of social platforms, who spend time on Instagram, Facebook and other popular media apps, were shown to have a substantially higher rate of depression, from 13% to 66% more, than those who spend less time. The Child Mind Institute also stated that a study done in 2017, verified the theory that the rise in smartphone use and social media was linked to the number of depressive symptoms being reported in teenagers. In this study, they observed over half a million 8th through 12th graders and found that the number exhibiting high levels of depressive symptoms increased by 33% between 2010 and 2015. During the same time, the suicide rate for teenage girls increased by 65 %. Smartphones were fully introduced by 2007 and by 2015, 92% of teens owned a smartphone. Experts believe that the rise in depression has to do with the lack of emotionally satisfying connections that connecting electronically or through social media provides.

Social media is a competitive and toxic place for teenagers, who use it as a way to compare themselves to certain beauty standards or to measure their lives based on what their friends or other people post.

Young minds, like the ones of teens, can be easily influenced and deceived. So much so, that if someone, like an influencer, posts a picture of themselves it can make teenagers or people looking at the image insecure about themselves and the lives they have. It can make people want to be someone else, causing them to be unhappy with their reality and even what they look like. This can trigger depression, anxiety, low self esteem, and body image issues.

Social media constantly takes a toll on everyone’s physical and mental health, and there is absolutely no benefit that can make up for the damages that it is doing to everyone’s overall well being.